“Every block of stone has a statue inside it and it is the task of the sculptor to discover it.”  –Michelangelo

“For in the true nature of things, if we rightly consider, every green tree is far more glorious than if it were made of gold and silver.”  ––Martin Luther

I started on my journey to the congress of arboriculture in Indianapolis.  I didn’t travel far before my path crossed with a vast open site devoted to the cultivation and display of roots:  metaphysical, organic, actual, symbolic, historic and ultimately esthetic.  It caught my eye like a fish bone would capture a swallow.  I couldn’t get rid of it.

So I stopped and began to capture the scene.  There was a name over the door:  TOBIN.  Cryptic.  Could it be read as a hope:  “To Be In…?”  I tried the door.  It opened and gave me access to a parallel universe of exploded forms differing from my 18th Century experience.  The colors and shapes and textures and lines and volumes were familiar.  But the media and the technology and the idiom were totally foreign. 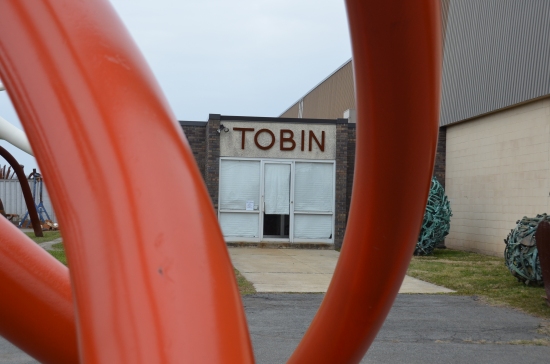 To be in. Simple. Sometimes. Or not.

It was as if God wanted us to see His creation as something empowering and we mere mortal phantoms were only secondary–or imaginary–to His primary goals and objectives.  The shapes took on iconic resonance with everything in His nature that draws me to it.  I am a slave to God’s nature.

Forest Floor in Bronze. The finest technique in keeping with the baptistery doors in Florence. Ancient and modern

I was rooted to the spot.  Tobin, if he was the owner, was not present.  But his life took shape on the table before me and was illustrated in his selection of art displayed about the room.

Dancing on the table. Name the rhythm. Test the steps.

His collection was displayed in maquette form.  Smaller than life.  Illustrious of what might be or what might yet be dreamed.  It was strewn in a magical order of rhythmic hierarchy across a natural wood expanse of conference table.  They were dancers.  Moving mystically, hysterically, literally.  And yet they were just roots to trees.  Intertwined, enmeshed, moving through their quadrilles, waltzes, tangos, embraces.  There was a sadness of passion presented in their intertwined limbs.

Fred and Ginger. I can’t state it any more simply. Can’t you see “Road to Rio?”

The decor surrounding this collection of dancers was eclectic.

There was a rack full of cast bronze women’s shoes filled with the bounty of the garden.  They were empty of the life of the women but filled to overflowing with the bounty of Ceres.  God-like patinated reminders that solid form can become brittle bones or over-made rouged phantasms.

Small glazed pottery vessels spoke of natural volcanic eruptions.  Earthen-ware plates demonstrated a high technical skill rivaling any produced by ancient civilizations around the world.  And there was a layer of activity, production shop dust, stasis, and disuse about the space.  The real work and ethic happened behind the door.

Steve Tobin introduced himself with his art before I ever had the pleasure to meet him.  He came into the atelier later.  After I had time to sit down, remove my gloves, and absorb some of the eternity that had filled the previous fifteen minutes.

It all became a rush to discuss the root of the matter.  Were we talking about trees or art or nature or glass.  Was it a discussion of hard material or matter-of-fact dreams.  The roots were something tangible as he drove and I drooled.  He had me get out of the vehicle and view them from under, around and through. 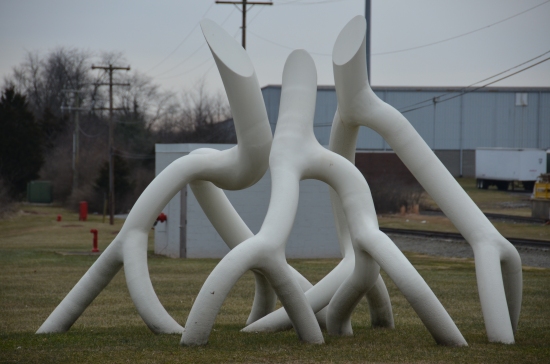 He asked me to name another artist who captured in the same fashion the worlds he had created.  I was incapable or coming up with a contemporary name:  Gaudi’s sinuous curves and gothic arches, Durer’s detail and fantastical worlds, Escher prints, Italian, African, Old World, Prehistoric atavism.